This section allows you to view all posts made by this member. Note that you can only see posts made in areas you currently have access to.

December 09, 2009, 03:26:55 AM
i never saw any motomodder talk about this Phone, even though this one is not even Moto, but i really love the idea behind this device (i said device) 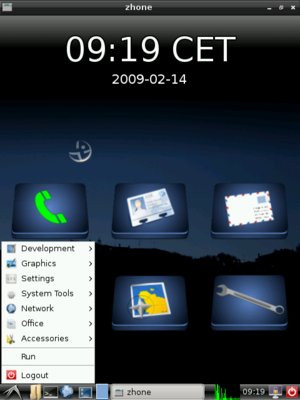 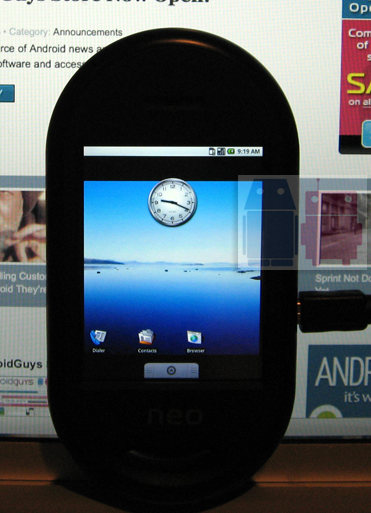 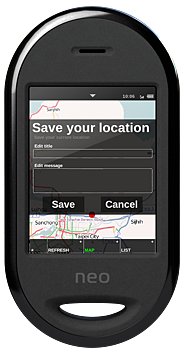 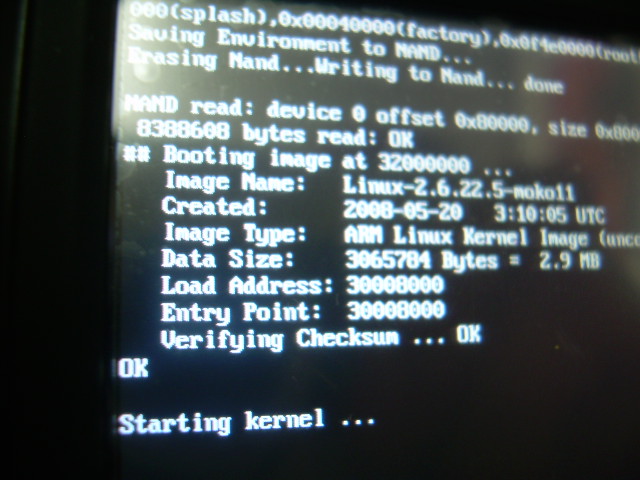 Well here's some simple explanation if you really don't want to try to figure it out, the first image is this device with a debian linux, the second one is with android, and the third one is this device original's, the fourth one..... i think you already figure it out.

OpenMoko NeoFreeRunner is a phone, made purely from Open Source, it used Linux, it doesn't bound you to certain specification, and what i mean by made purely from Open Source, i mean the hardware too, you could download the CAD (Computer-Aided Design) file, and if you somehow manage to get the hardware needed, you could build your own OpenMoko. The software use Linux, just like you see, from Android to Debian work (of course you need to work on it yourself).

So, here is what i actually dreamt since last year, but of course, i don't think i have the ability to work on it. And as far as i know, only http://toko.baliwae.com who sells this Phone in Indonesia. well, guys, are you bored with modding? why don't try this one?

PS: I forgot to tell, you could dual-boot the linuxes, and you could even boot from SD.

July 09, 2009, 03:12:45 PM
While everyone is still waiting for Motorola to announce their first Android-powered smartphone, another highly intriguing model was unveiled. The full-touch Motorola ROKR ZN50 has nothing to do with Android but is still interesting enough to make it in the news.

Motorola ROKR ZN50 is the first full touchscreen music slider by the American company. Its design, slightly reminds us of the Nokia XpressMusic lineup with its blue and red accents, only that it is much hotter looking.

Motorola ROKR ZN50 is also the first Moto to have the new Motorola panorama interface which is featuring 3 homescreens, that you can freely fill up with the load of widgets available.

Motorola ROKR also fares pretty decently in terms of features. It sports a 3.2-inch 256K TFT touchscreen with a 16:9 aspect ratio and a resolution of 240 x 427 pixels. It also comes complete with a 3 megapixel autofocus shooter, built-in GPS receiver and support for stereo Bluetooth and HSDPA.

As far as the music capabilities of the ZN50 are concerned, we have to mention the SRS WOW HD technology as well as the 3.5mm audio jack and the dedicated music player controls. The handset which measures 108.9 x 54 x 14.34 mm and weighs the hefty 143 g. Its relatively small 950 mAh battery allows up to 30 h non-stop music playback. The built-in microSD card slot with support for up to 16GB memory cards makes sure that you will have enough room for all your favorite tracks.

The new full touchscreen music slider also pack a T-DMB2 TV tuner which, allows you to use the device as a pocket TV set.

What we cannot quite understand about the ROKR ZN50 is why the hell it'll only be available in Korea. After all, one of the hottest Motos we've seen lately certainly deserves worldwide availability.

So for anyone who knows where to buy their phone, please share your experience, the phone shop location, etc

Indonesian user, please post, since i know it's really hard for us to find a good moto shop, so if you know anything, please tell us all,

April 17, 2009, 08:39:33 AM
After reading all the post in the Girl Members' posts i assume that most of our members are really desperate to know which member's are girl. So I suggest all of you post your Identity here, like this

Name : Willy (just nickname)
Age : 21
Location : Indonesia (better if with more detail)
Gender : M (i believe most of us really want to know this)

Oh and if you want to put your photo, it will be better
5

Off topic / What do you do, what you want to do, what do you hate to do now

February 15, 2009, 05:42:42 PM
Well, sorry for posting something as stupid as this, but i really want to know about all of motohell users feeling, i'm a student of Psychology and since tomorrow will be a new semester and i started my day with a Psychodiagnostic lesson, i think, it will be fun if i ask these question
1. What i do? Well, i'm studying in a university in Indonesia
2. What i want to do? i want to get a Magister of Profesional in Psychology in Japan, i need to do it, since i have a promise to make to the one i really loved, even though she's unreachable now, and i think she will keep being unreachable forever.
3. What i really hate to do now? well for some reason studying here in my University, don't get me wrong, i like it, but i just don't like it because i have failed the Scholarship  to Japan for Undergraduate student, and i need to make it up for it here, and hope that i can get the Graduate Scholarship, so yes, it just really hoping me to keep my patient.

Well, the answer is like that, i really appreciate a truth answer.

PS: I'm quite good at being a listener and giving advice

Off topic / anyone play dragonadopter?

January 11, 2009, 03:19:18 PM
Does anyone play dragon adopter? if not then you should check it www.dragonadopters.com
If yes, post your dragon here, so we could raise it together.
This is mine, please click on it, thanks

January 01, 2009, 06:45:19 AM
Okay, it seems funny, but i'm really in quite stuck situation, i'm using Acer Aspire One, with no cd-rom, last night (while everyone celebrating New Year) my GRUB show error 17, okay, that's not something hard to do, since i have a Ubuntu 8.10 Ultimate Gamer DVD, but i don't have any dvd rom nor a Flashdisk big enough to fit it in, but i manage to copy the DVD into the harddisk, after using Damn Small Linux to reinstall my Grub, and enter windows. And then i use wubi to install the Ultimate Gamer from the hardisk, it runs well, and i can easily install it, no problem then? well, here is where the nightmare began, since it's already midnight (early morning to be exact), i left the installation to run alone, and go to sleep, when i wake up, i was greeted with "GRUB error 17" AGAIN!!!!!!!

Well, i calmly put my DSL again (from a flash disk), reinstall the GRUB, AND THIS TIME IT STILL GIVE ME GRUB ERROR 17, well, right now, i'm quite confused myself, so for anyone who can help me, please help me, at least this can be tutorial for everyone who's using netbook too and wanna play around with Linux.

December 26, 2008, 06:05:09 AM
Hey, i got a problem with my E2, my music list always shows empty, even though i already plug my SD card and refresh, i can still open my mp3 from the file manager, but not from my Player, anyone can help me? thanks
Pages1